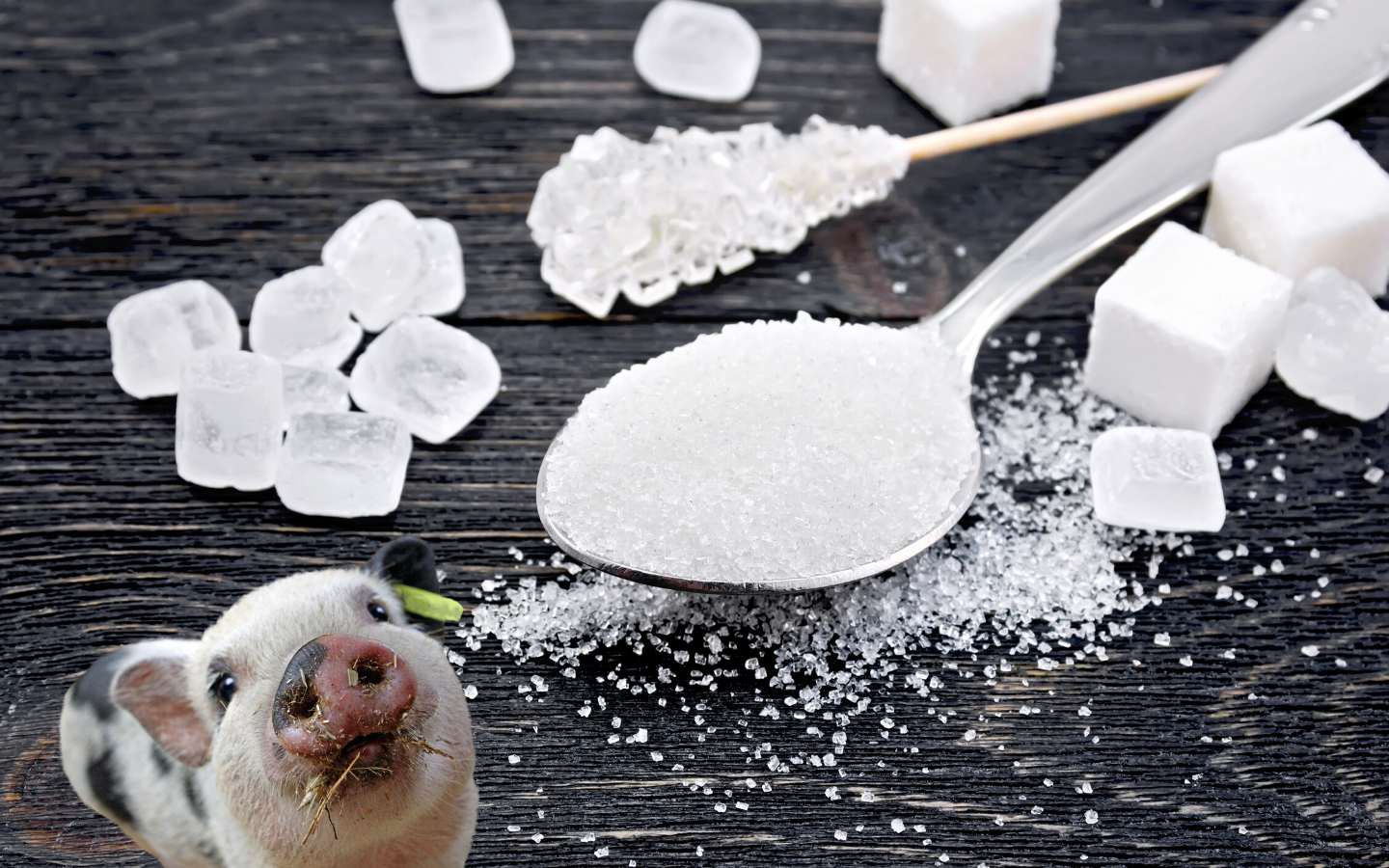 Today I wanted to discuss a review paper that just came out on Animal Feed Science and Technology in June. It is titled "Beyond sweetness: High-intensity sweeteners on farm animals".

This review discussed an updated understanding of high-intensity sweeteners and their impact on livestock animals. Very interesting! I summarized it as 5 key questions.

1). What are High-Intensity Sweeteners (HIS)?

HIS are intense sweeteners with low- or no-calories. They can be from synthetic or natural sources. Below are the commonly used HISs today.

How is sweetness assessed? It is a comparison relative to sucrose (as perceived by human with trained taste panels) — The sweetness of a sucrose solution of 30g/L at 20 ℃ is defined as 1.

2). How is sweetness perceived by the animal?

HIS binds with T1R2 and T1R2, which then activates these taste cells. This activation "releases neurotransmitters onto afferent cranial nerve fibers, causing transmission of taste information to the brain. The brain then processes this taste information, along with other sensory information (including olfactory, thermal, and textural), to elicit the perception of flavor and in the context of experience, motivation, preference, and hedonic valence to promote an appropriate ingestive response." (Fernstrom et al., 2012)

In general, pigs and ruminants animals have a strong preference for glucose- or sucrose-like sweetness...(so the more similar HIS tastes like sucrose or glucose, the more they like it), while poultry is unable to taste sweets due to lack of a T1R2 gene (poor birds...).

Based on the studies discussed in this review, pigs generally prefer saccharin, neotame, sucralose, but not so much for aspartame. Calves also like saccharin, and the combination of NDHC + Saccharin, while again aspartame is not so attractive.

One interesting study discussed here showed that pigs under stress have an increased detection threshold to sweetness, and thus would prefer stronger sweetness and have a reduced preference to low concentration of sucrose. (haha, stress eating just like me...)

It is important to note that preference for HIS is typically evaluated by preference test, where animals are offered different dietary treatments simultaneously. Various factors like animal species, diet form, rearing conditions, health status, and trial duration in the experimental design may all lead to variation of taste preference.

4). How does HIS affect growth performance?

However, too high of a concentration of HIS would not be better; on the contrary, it will have negative effect on feed intake.

So, inclusion rates of HIS are critical for those beneficial effects. The reported optimal inclusion rate for neotame, stevioside, and sucralose in pigs are approximately 20, 200-250, and 150 mg/kg, respectively.

5). HIS and gut functionality

Recently, HIS has been found to positively impact different gut functionality, primarily through its activation of GLP-2 (Glucagon-like peptide 2) via sweet taste receptors T1R2/T1R3.

b. Up-regulate the Na+/glucose cotransporter-1 (SGLT-1) expression in the gut, leading to a better glucose absorption.

c. Suppress gut inflammation. This is likely associated with the anti-inflammatory effect of GLP-2. (Shortened duration of intestinal injury has been found in challenged calves supplemented with HIS)

d. Modulate gut microbiota? Still limited research, but a few studies so far have found beneficial effects of natural HIS (stevioside and NHDC) by promoting the growth of good bugs (Bifidobacteria and Lactobacillus); mechanisms are still not clear.

The benefits of HIS supplementation in farm animals are not only related to better palatability, but also related to better gut functionality (barrier development, nutrient absorption, inflammation, gut microbiota...mostly via activation of GLP-2)

Responses to HIS depend upon various factors, including animal species, diet form, health status, and type and dose of HIS used.