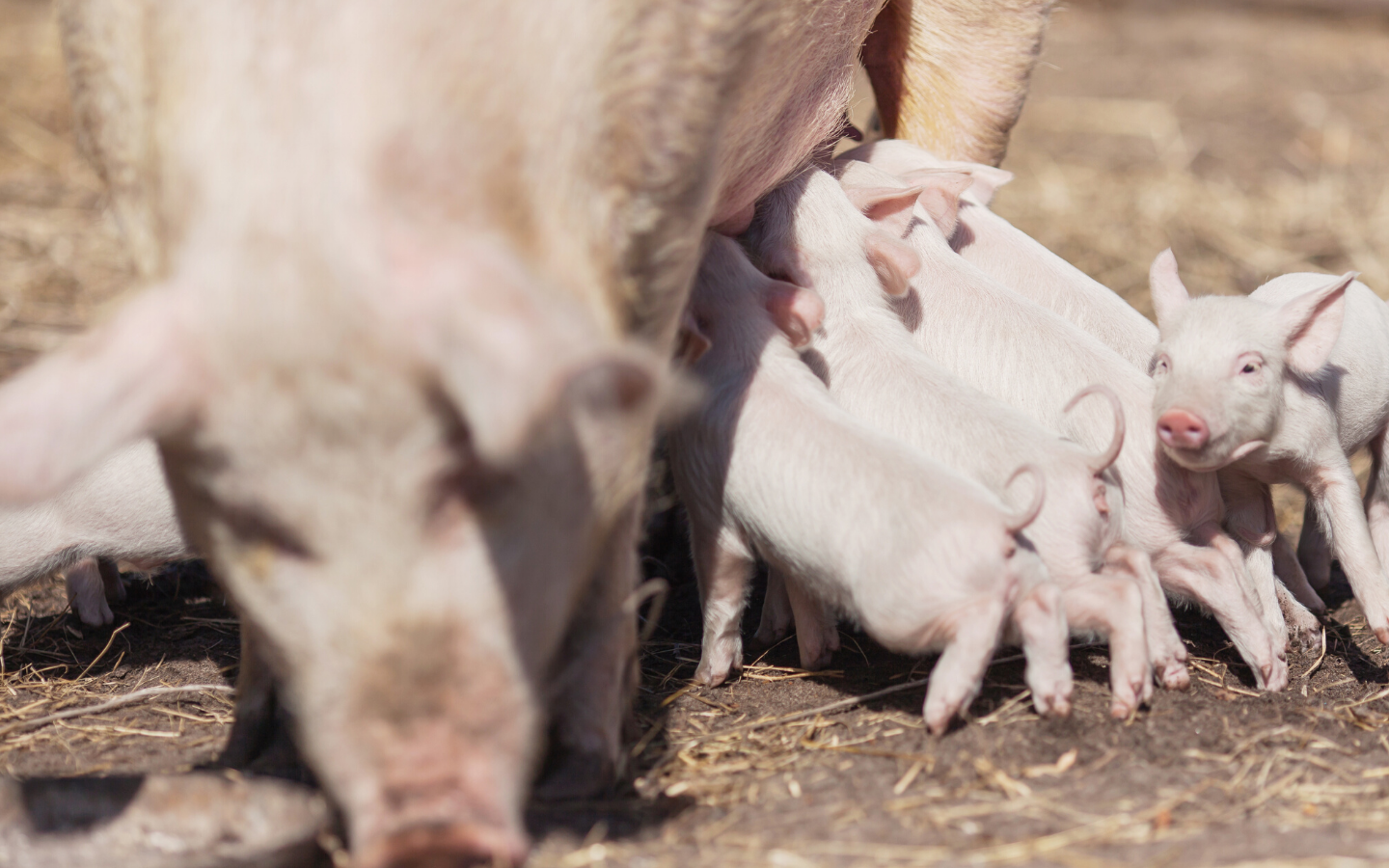 Today's article is from Journal of Animal Science titled 'Dynamic modeling of nutrient use and individual requirements of lactating sows' , and it just came out in May.

This is an interesting article because unlike the traditional nutritional research, this paper is somewhat an interdisciplinary work between animal nutrition and computer science (ANSC  & CS do make a great couple,  just like me and my husband! 😜)

This is a collaborative work from multiple institutes in France & Canada. The first author (Raphaël Gauthier), according to his Research Gate profile, is a Ph.D. student from the Physiology, Environment and Genetics for the Animal and Livestock Systems (PEGASE) research unit of French National Institute for Agricultural Research (INRA); in the meantime, he is also part of a team from National Institute for Research in Computer Science and Control.

Today, the nutrient recommendation that nutritionists refer to to formulate diets is generally determined at the population level, yet obviously variations exist among individual animals even within a herd.

Because of the variability that litter performance adds in, "lactating sow populations seem to have greater variability in nutrient requirements than growing pig populations".

Therefore, the authors wanted to use a novel modeling approach to determine the individual nutrient requirement in lactating sows and check whether our current nutrient recommendation can meet the sows' needs on an individual basis.

A database of 1450 lactations from 2 Canadian farms was used in this study for the modeling. I won't pretend to understand how the modeling part works exactly, but basically, 3 types of data collected by the farmer or on-farm sensors (Farrowing data, lactation data, and weaning data) went into the computer. Then, the computer performed some sort of magic by referring to a bunch of equations based on previous nutrition knowledge, and TA-DA! The individual nutrient requirements are calculated.

A lot of individual variabilities were observed for the sow's nutrient requirement of energy, amino acid, and P & Ca.

In general, the better the litter growth is, the higher energy and SID amino acid requirements are for the sows...which makes sense - bigger baby demands more from the mommy, so that makes a difference in milk production.

As to week of lactation & parity, requirement (unit per day) seem to be lower during week 1 and then rise during week 2 & 3 of lactation; sows of 1 parity generally have lower requirements --- this is again primarily due to the increasing milk production during lactation as well as with parity (biggest difference occurs between primiparous and second parity sows).

Therefore, adapting nutrient supplies to individual requirements might be valuable.

One interesting note was that in this model, the authors considered the nutrient supply from postpartum uterine involution, which, with an half life of 6.2d, is able to supply some nutrients during early lactation.

The authors hope that this initial effort will be able to help move towards a more precise feeding in lactating sows with the assistance of new technology, like on-farm sensors that could help accurately predict feed intake & prefect milk production.

So going forward, likely interdisciplinary work between animal nutrition and data science/computer science will play an important role in reaching our ultimate goal of precision nutrition.

Dynamic modeling of nutrient use and individual requirements of lactating sows