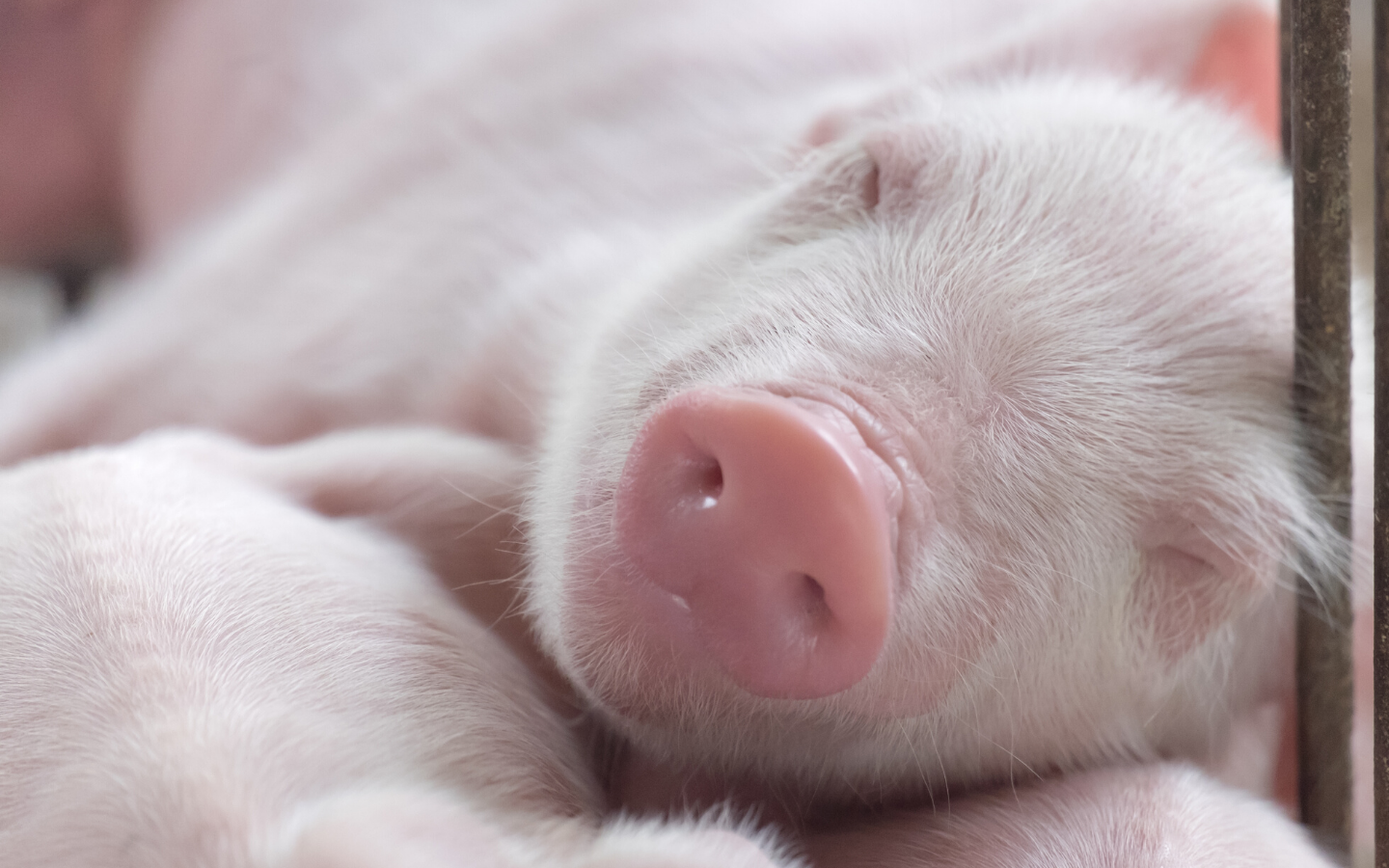 Hello everyone! Welcome to our Research Digest #13.

The paper that I wanted to share with you today was published on the Animal Nutrition journal back in 2017 and is titled ﻿"Weaning stress and gastrointestinal barrier development: Implications for lifelong gut health in pigs" --- a work from Dr. Adam Moeser’s team from the Vet school at Michigan State University.

This is a really nice review paper that discusses in depth on the importance of gut barrier and the  short-term & long-time effects that weaning stress can have on its development.

First of all, what is gut barrier? When we talk about gut barrier, in a narrow sense, we are talking about the single-layer epithelial cells lining the GI tract. With increasing understanding of the gut functionality, today, in a broader sense, we refer to gut barrier more as this "multi-layer barrier" that consists of microbial barrier (commensal bacteria), chemical barrier (mucus layer), physical barrier (the epithelial layer), and immunological barrier.

The importance on gut barrier is not a stranger to many of us...As the largest interface between the animal host and the outside world, it plays 2 important yet divergent functions:

In the meantime, gut barrier also has an important job in modulating the gut immune system by the participation of the immunological barrier and its interaction with other layers --- The gut is the largest immune organ in the body. It is tightly regulated (to avoid excessive immune response), yet it needs to respond rapidly to any breach in the barrier to prevent systemic spread of the infection. So a "delicate balance between control and reactiveness" of the GI immune system is critical.

Notably, in the gut, there is also an enteric nervous system consisting of 2 major neural ganglia. Although typically it is not considered as part of the gut barrier, it plays a key role in gut motility, secretion and absorption, and modulation of epithelial permeability through the release of a bunch of neurochemicals. It is also a major regulator of systemic and local GI immune responses.

What a busy guy the gut barrier is!! And such a complex and delicate job it needs to perform on a daily basis!

With this huge responsibility, the gut barrier has to be capable ---- How? It is equipped with several extrinsic and intrinsic sophisticated mechanisms of defense ---- one of the most critical mechanisms is the establishment of a permeability barrier that's regulated by the tight junctions, for example.

(This particular review focused more on the epithelial and immunological barrier as well as  a touch on the enteric nervous system).

The first 3 months of postnatal life of pigs represent the most important maturational period of gut development. While some of these changes are a result of intrinsic genetic programming, many are influenced by environmental cues and have a high degree of plasticity, therefore, "perturbations occurring in this critical window can largely shape the long-term phenotype and GI function".

This immunosuppressive environment is important for optimal and long-term maturation of the immune system --- therefore, inappropriate immune stimulation during this period may potentially disrupt the development of gut immune system.

As discussed above, this critical period of gut barrier development should remain protected and undisturbed for optimal long-term development. In nature, weaning in pigs is a gradual process that usually complete around 10-12 weeks of age, which "coincides with the near complete maturation of the GI barrier"; whereas in commercial pig production today, weaning is abrupt, occurring between 14-30 days of age.

So...unfortunately, this "vulnerable developmental period for the GI system coincides with the most stressful production practices including early weaning, vaccination, transport, diet change...mixing, fighting and establishment of a new social hierarchy, and more".

Although weaned pigs today are able to survive, we should recognize the potential disruption of normal gut barrier development from stressors associated with weaning.

The authors proposed the role of "CRF-Mast cell axis" in modulating barrier function in weaned pigs.

1. Weaning is stressful → Elevation of stress related mediators, such as corticotropin releasing factor (CRF). It was found that changes in GI barrier function post-weaning coincides with elevation of CRF & intestinal CRF receptor expression , but not with the other stress hormones like cortisol. Consistently, administration of CRF receptor antagonists to early weaned pigs reduced elevations in intestinal permeability. So CRF may play a role in modulating gut permeability in weaned pigs.

Gut barrier functions are extremely important...The first few weeks postnatal are the critical window for gut barrier development, yet weaning at the age commercial pigs wean today can "alter the developmental trajectory of gut barrier functions, leading to long-lasting deleterious consequences on gut health and disease susceptibility of the animal throughout the production lifespan".

So, anything we can do to help weaning piglets better their gut barrier development will have long-term benefit for their health.